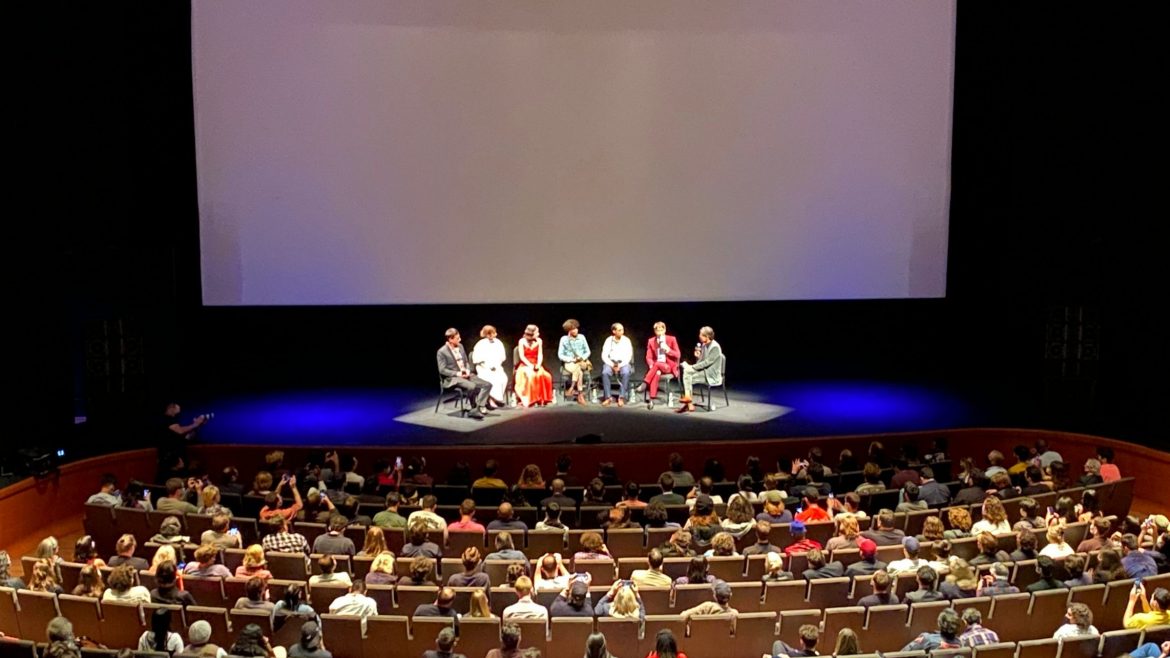 Beemo Tune, “Did For You” for “Red Rocket” Movie

Our song “Did For You” is now in a feature film (Red Rocket)!

In a once in a lifetime type of experience, the song was selected to be in Sean Baker’s (The Florida Project) latest dark comedy film Red Rocket (limited theatrical release on December 10th, 2021).  “Did For You” was used, for a hot second, as background music in a scene with the main character.  How do I know this??? Well for one, Beemo got a notification (and a check). Second, and arguably more entertaining, we (Tony and me)  got first hand proof because we flew from Orlando to New York to attend the New York Film Festival after I was able to snag two tickets and dragged Tony to the festival. Upon arrival at Lincoln Center the line was around two city blocks, it was sold out.  Pure luck we had great seats; a clear view of the stage in the first row of the balcony where we sat listening intently for the Beemo tune to play. Truthfully we probably missed half the movie focusing on trying to hear the song instead of the dialogue but what we did catch we can report was great. Post movie there was Q&A with the Director and cast. A truly awesome experience!

Upon existing the movie, Tony abruptly stopped and turned to Sean…

Tony: “Stop, something is going to happen”
Sean: “..are you using the force again?”
Tony: “YES”
Sean [pointing]:”isn’t that Bree Elrod the co-star?”

Typical Tony form, we were suddenly chatting it up with one of the main stars! Tony, Bree Elrod (co-star), and Sean hanging after the movie

**Check out our blog “What We Did for “Did For You“” that tells the history and story of the song “Did For You”.

No comments to show.
Login to Beemo (Band)
Reset Password
Enter the username or e-mail you used in your profile. A password reset link will be sent to you by email.